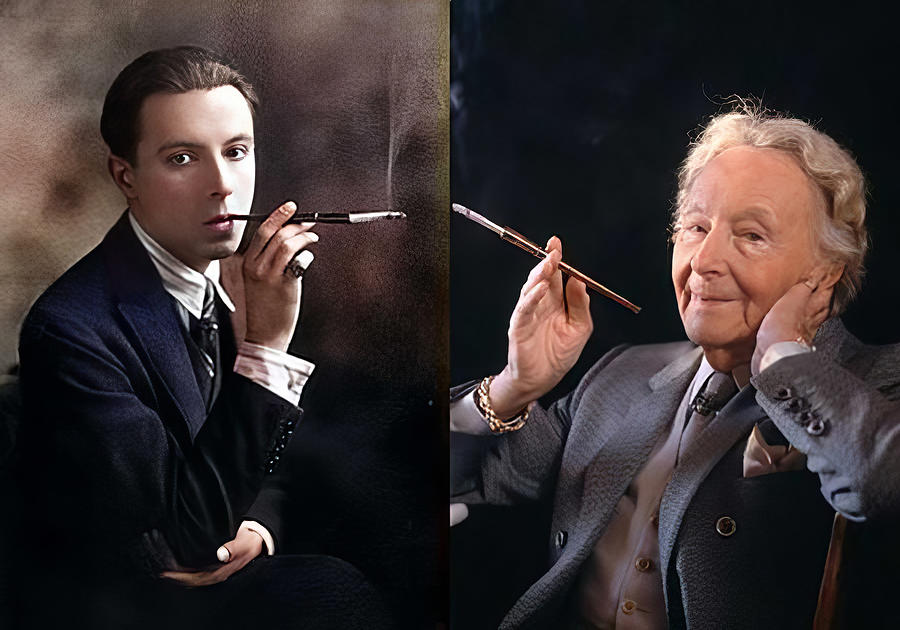 Erté, was a Russian-born (St. Petersburg) 1920's artist whose birth name was Romain de Tirtoff. A fashion designer known as the father of the Art Deco Era, left an indelible mark through his work in art, fashion, costume and set design. From 1916 to 1937 he was under contract to the American fashion magazine Harper's Bazaar and designed over 200 covers. His illustrations appeared in publications as Illustrated London News, Cosmopolitan, Ladies' Home Journal, and Vogue. The highly stylized illustrations depicted models in mannered poses draped in luxurious jewels, feathers, and soft, flowing materials against a background of Art Deco style interiors style of his era. a real change in his career came in 1965 when he was 73: he met Eric and Salome Estorick, the founders of Seven Arts Ltd., of the Grosvenor Galleries, London and New York. They convinced him to resurrect many illustrations from his Art Deco collection. Through graphic works he was able to reach a large public audience. Erté's work has a timeless stylized quality and within its stylistic limits, his artistic designs are superb