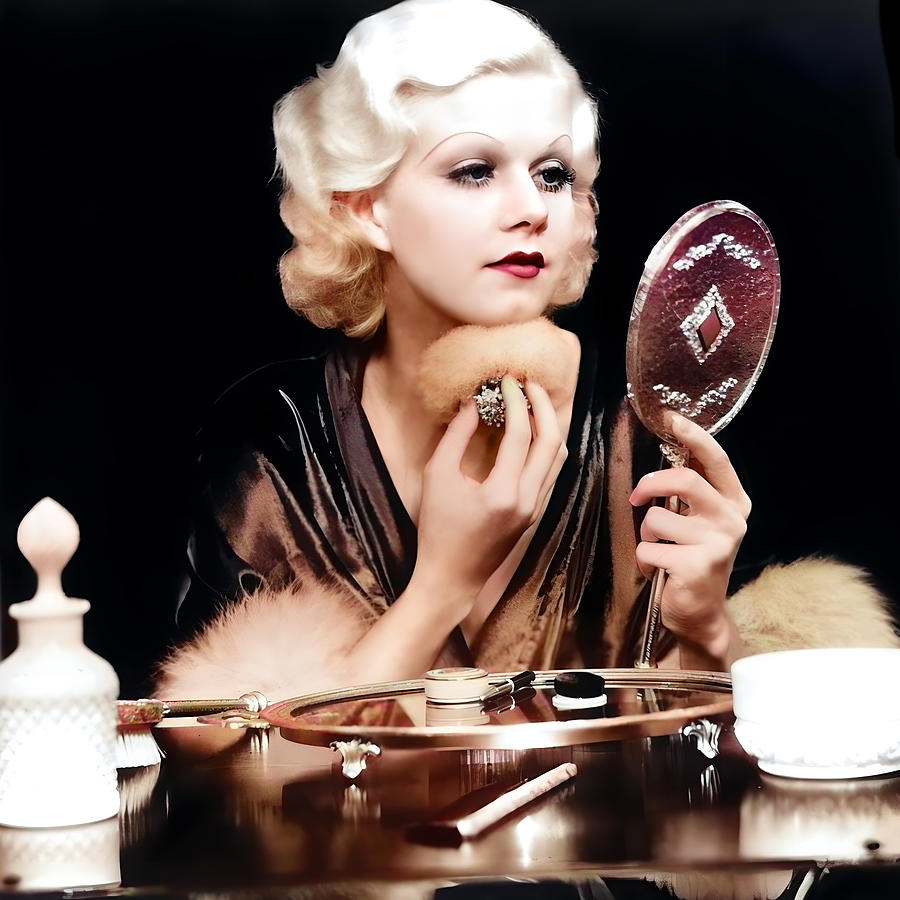 Jean Harlow in ‘Platinum Blonde’
Back then, there was no dye on the market that could make one’s hair as white-hot as Harlow’s. Her personal hairdresser, Alfred Pagano, revealed the secret decades later, saying, “We used peroxide, ammonia, Clorox, and Lux flakes. Harlow repeated the painful process on a weekly basis.
Eventually, her hair began to fall out & she stopped the dye jobs and began wearing wigs or sporting slightly darker hair colors.